So vaginismus is a condition where the vaginal muscles contract involuntarily when something tries to penetrate. It can make it very difficult or impossible to penetrate at all.

There are a variety of therapies that can be done to cure vaginismus. Some work well in conjunction with another. Some therapies work for some, while others don’t. What is important to note is, vaginismus can be cured so you don’t have to live with it forever.

I am currently going through my healing process with vaginismus. It has taken a number of years and a number of different methods. Only now have I realised that the first step in curing vaginismus was to completely accept it was a part of me. I had to acknowledge my body and what she was telling me. I needed to surrender completely to the idea that there was a problem and I needed to do some uncomfortable things to solve it.

Seeing a psychologist can be beneficial for a number of different conditions. When it comes to vaginismus it can be good to talk about the things that are worrying you and to learn some new methods of dealing with anxiety or stress other than holding it all in the body. If the vaginismus was a result of sexual assault or trauma, it can be good to speak to someone about the trauma and have healthy coping mechanisms.

When I was first diagnosed with vaginismus my doctor referred me straight to a psychologist. He specialised in sexual health therapies and came highly recommended. He was also incredibly expensive and would only have 30 min sessions so it was difficult to get comfortable with him. As I would finally settle, the session would be over and we would have to start again the following week.

Due to the fees being stupid expensive and my impatience, I stopped seeing him because I didn’t think he was helping. I spoke with my doctor again and they referred me to a female psychologist who was slightly more affordable than the first psychologist. She really helped me with other things in my life. It was great to have someone I could bitch and moan to every week. But, we hardly ever spoke about the real reason I was there and the cost became too much again so I stopped going.

I decided to go and see a doctor that specialised in sexual health and after an examination, she referred me to a physiotherapist in my area. Again, it was expensive but I had some help from my parents as we decided this was something that needed to be done.

Going to physiotherapy was quite tough for me to wrap my head around. The idea of having someone work in my vagina with their hands made me uncomfortable. When I was there on the table and my physio was working on me I would fight back the tears. Some days I would cancel last minute because I couldn’t face it. It felt dehumanising to me and so eventually I came up with excuses as to why I needed to stop going.

Dilators are tampon shaped devices that you insert in the vagina. They come in different sizes and you start with the smallest and work your way up. Dilators are great because you work with them yourself or you can even get your partner to use them with you. They assist in getting the muscles used to relaxing when something is inserted.

I was given a pack of 4 dilators from the sexual health doctor. It took me a while to use them. I hated the fact that I had to use them so I avoided them. Sometimes I would use them in the bath and sometimes while lying on the bed. I felt super weird doing them while my boyfriend was in the house. I would wait for him to go out and then I would use them alone.

I do know of botox being another method to cure vaginismus but I have personally never tried it yet. I have heard it works for some so I would recommend doing some research on it if it interests you.

Where Am I Now?

I have taken another approach to healing my vaginismus. I’m feeling more positive and learning to love my body for exactly who she is and what she does for me. I am seeing a physiotherapist every 2 weeks and doing the homework that she gives me. I realised that all I needed was a change in perspective and surrendering to the process of healing. We will see how it goes.

These are all therapies I am aware of, they very well could be others. Consult with your health care provider for more in-depth information.

8 thoughts on “Different Therapies for Vaginismus” 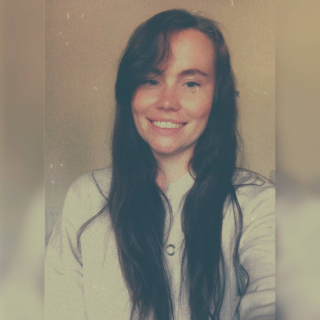 Merry Christmas everyone! 🎄
Communication During Sex 🍆💦
✨Overcoming Vaginismus & Vulvodynia ✨
Transgender Day of Remembrance 💕
New Blog Post ❗️
It's been a while since I have published anything on here.
%d bloggers like this: